A call for your help and assistance…


To our friends and supporters: Thank you for all you have done for us… We know you are aware of the important role that the Hebrew Cemetery plays in our community. Few people want to think about end-of-life issues. Yet, when the reality of “need” is forced upon them, the bereaved expect our services to be available. And rightly so. An important part of our mission is to be there to serve our community when the time of such “need” arrives. That is why this project is so crucial. We are rapidly running out of space.

Fortunately, the Hebrew Cemetery Board has laid the groundwork for our expansion. We purchased the land next door and obtained a Special Use Permit (SUP). And yet, a key condition of the SUP is the construction of a road and other features (Phase 1A) that will provide essential access to the cemetery and meet the city’s building codes.

The pandemic has caused us to start this project earlier than projected. In the interim, Jewish Nevada has stepped up to help us with a short-term loan to cover Phase 1A construction costs and to expand our capacity due a greater need for our services. We now must set a path to repay the loan and finish the project.

If the Hebrew Cemetery is to have a future as honorable as its historic past, this is a critical first step. And so, we come to you to consider how you can be a part of this important mission. We look forward to discussing the way(s) in which you can support our efforts! 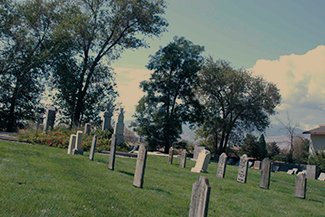 A little about Hebrew Cemetery Reno

Six years later both Temple Sinai and Temple Emanu-el transferred their cemetery holdings to the Hebrew Cemetery Inc., which was able to clear up the many issues of title, some of them harkening back to the days of gold and silver bonanzas.


The Hebrew Cemetery Inc. now owns and manages all of the cemetery operations. Its volunteer Board sets fees and provides for maintenance, as well as protecting the customs of the community with the support of the founding congregations. The Cemetery continues to honor our history of serving all Jewish families in the area, not just members of the local temples and synagogues. The Jewish community also maintains a Chevera Kaddisha which provides for ritual washing and dressing of the deceased.

HCR Burial Plot Locator Of Your Loved Ones


By 1907, the nearby mines had played out and many of the Jewish residents moved away. The Benevolent Society folded. There was a period when burials were handled informally by a few families.

In 1917 the Reno’s first congregation was formed with cemetery duties were taken over by a Chevera Kadisha committee.

Beginning in the 1970’s, the cemetery was operated as a joint venture between the community’s two congregations, Temple Sinai and Temple Emanu-el. During this time, each congregation included a “free” plot as a feature of long-term membership. (Families still had to pay for the funeral, marker and maintenance fees.)

In 2003, the congregations established the Hebrew Cemetery Inc. with its own separate board. By 2009, all of the land title issues originating back to the silver and gold rush days were resolved and the court granted the new corporation clear title to the land.

Since it was formed, the Hebrew Cemetery Inc. has pledged to respect the promises made by each congregation to their long-term members for a free plot, but could no longer afford to give away the land. A fee structure was introduced whereby members of each congregation received discounted burial rights.

The Oldest Jewish Cemetery In Nevada Is Running Out Of Space... Fortunately there is room next door…

For centuries, the first property that new Jewish communities purchase is land for burials.
Our first ancestor Abraham did this for his beloved wife Sara, and we still do it today...

"Our willingness to hold dear the moments of past shalom prepares us to imagine a new and better day, and, even more to move toward that day with passion and purpose.”


YESTERDAY. TODAY. TOMORROW.
Remembering The Past. Honoring The Present. Looking Towards The Future.